Calling all hockey fans! Join hockey legends, alumni, experts and enthusiasts alike in support of the health care heroes keeping our families safe and healthy. Make a donation, create a fundraising page or team challenge and support health care in Orangeville and Oshawa. Get started now!

What is
Hockey for
Health Heroes?

The best game you can name has inspired three hockey legends to launch a unique initiative to raise funds and awareness for Lakeridge Health in Oshawa and Headwaters Health Care Centre in Orangeville.

Hockey for Health Heroes was founded by Sherwood (Sherry) Bassin, Joe Busillo, and Dr. Craig Donaldson. Bassin is a Canadian ice hockey executive, known primarily for 36 years of involvement in the Ontario Hockey League as a general manager, team owner and coach. His teams won five J. Ross Robertson Cups, and appeared in six Memorial Cup tournaments, winning once on May 13, 1990 with the Oshawa Generals. Bassin helped the Canadian National junior team win its first gold medal in 1982, and another in 1985. Donaldson, now an Emergency Care physician at Headwaters Health Care Centre in Orangeville, and Busillo, a former Olympic hockey player, both played for the Oshawa Generals and Bassin at the time of the big 1990 win! 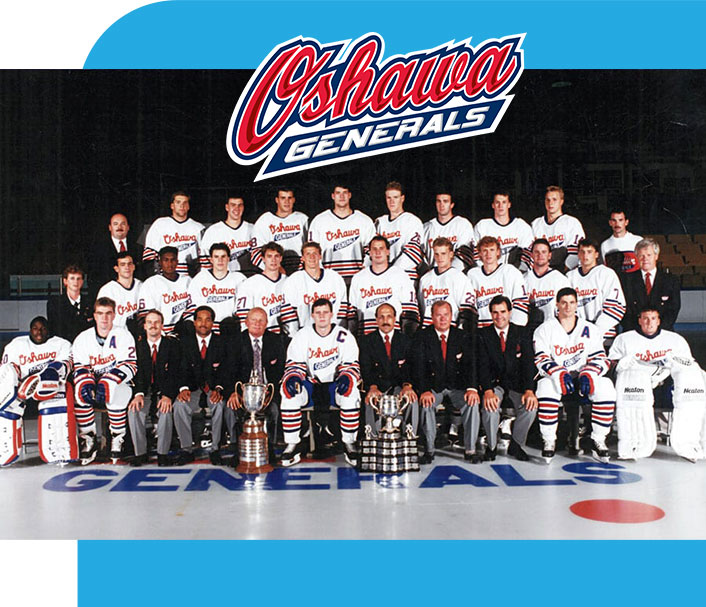 Launched on the 30th anniversary of the Oshawa Generals Memorial Cup win, Bassin, Busillo and Donaldson are launching Hockey for Health Heroes in an effort to raise awareness and funds for their local Hospitals and invigorate the community’s connection to hockey.

Since 1937, 190 players from the Oshawa Generals went on to play in the NHL including Bobby Orr, Marc Savard, Tony Tanti, Eric Lindros and John Tavares. Additionally, there are several Orangeville natives that have followed their dreams to the NHL, most notably Brett and Nick Ritchie, Aaron Downey, and the late Bert Wilson. 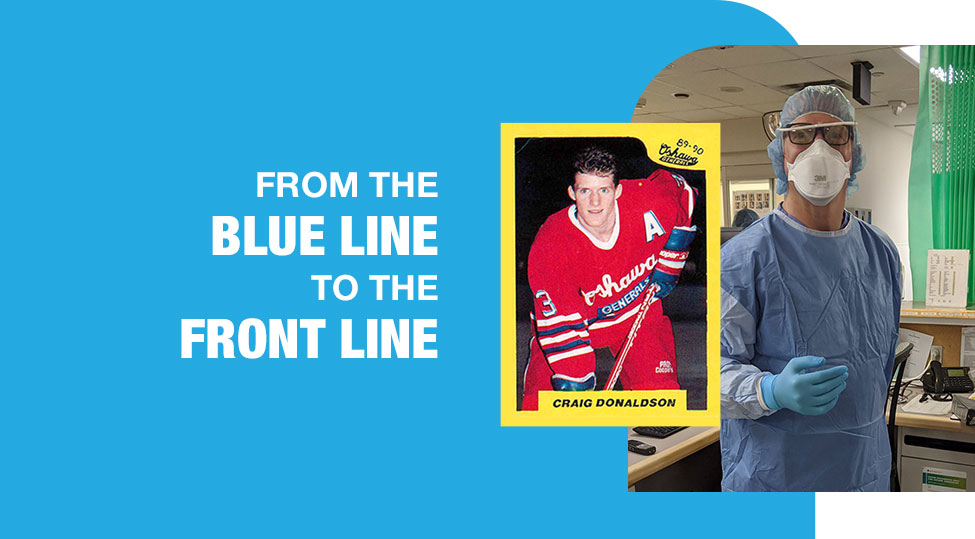 As a team, they have chosen to support the purchase of new SMART IV Pumps for both Headwaters Health Care Centre in Orangeville and Lakeridge Health in Oshawa.

On behalf of Sherwood Bassin, Joe Busillo, Dr. Donaldson, Oshawa Generals players, fans, and leaders both past and present, and hockey fans everywhere, we want to thank you for your compassion towards our Hospital Heroes during the fight back against COVID-19 and every day after.

What am I supporting?

Funds raised through the Hockey for Health Heroes website will support the purchase of new Smart IV pumps for the Orangeville and Oshawa Hospitals. One of the most important pieces of equipment in any hospital room, IV poles are paired with a special pump that monitors and administers medication and fluid to patients. These new and improved pumps are mini-computers that ensure medication doses match up with patient information while at the same time housing online drug libraries to ensure accuracy. Smart IV pumps are used in nearly every department of the Hospital from NICU to surgery to chemotherapy suites, and of course in the Intensive Care Units (ICU) where many COVID-19 patients are receiving care for extended periods of time. 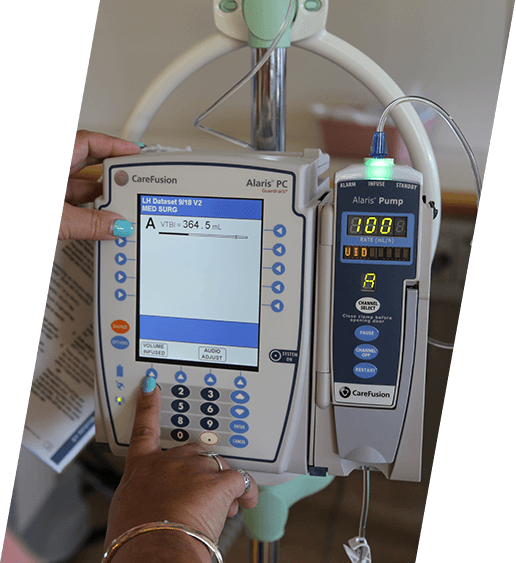 How can I help?

Through Hockey for Health Heroes you can support Headwaters Health Care Centre in Orangeville or Lakeridge Health in Oshawa.

Make a donation today or consider running your own hockey event or team challenge. Give back to the health of our community though the game that has brought is all together. Show your support or start your own personal fundraiser for Headwaters or Lakeridge Health.